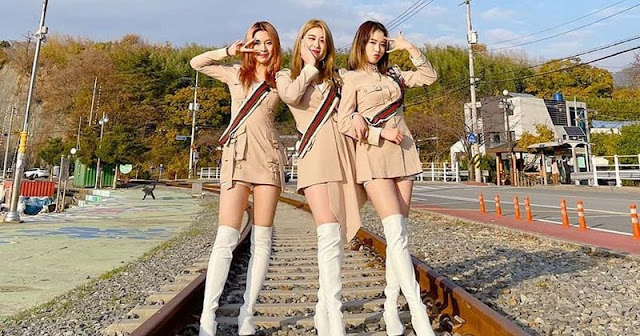 During the same year as their formation, the group debuted on May 21, 2019, with the digital single ‘DMT (Do Ma Thang)’. Before that, the members were part of GH’s previous girl group Apple.B. Before becoming a trainee under 3YE’s agency, Yuji had also participated in ‘K-pop Star 2’ and ‘Kara Project’.

3YE’s second digital single, ‘OOMM (Out Of My Mind)’, was released on September 17, 2019, and in November, they won the Most Anticipated Idol Award at the KY Star Awards. Their first EP, ‘Triangle’, released on June 29, 2020. Now, nearly a year later, on March 19, 2021, it was announced that the girls will return with their comeback single titled ‘Stalker’ which released during the early hours of April 1.