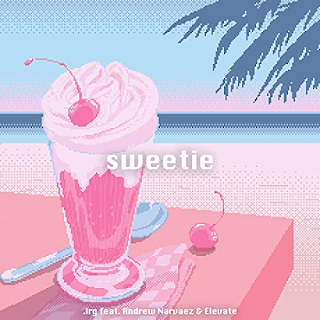 Singer-songwriter and producer .irg has recently unveiled one of his most recent studio works, “sweetie.” The track happens to be one of his most ambitious projects to date. It also stands out due to featuring Elevate and Andrew Narvaez, two talented artists who brought some unique elements to the mix and allowed the song to acquire yet another level of craft and meaning.

.irg put so much care into this production and composition. Not only are the instrumental parts spot on, but .irg also established a particular storyline for the song, with a robust lyrical and melodic approach that explores a more profound topic that resonates with the audience. All three artists involved were able to complement each other and match the song’s vision to perfection.

According to Elevate, one of the featured artists, it all started from a phone conversation concerning his involvement when .irg reached out to him to jump in on the track. The process was super organic and straightforward, with Elevate jumping in for a killer verse and nailing the right vibe from the get-go. The featured artist immediately felt an affinity for the track “I can do this. I was like, yeah, this is a good fit” – He recalls thinking right away, even though there was also an exciting element of a challenge since the song was a little out of his comfort zone. However, the blend of influences became thrilling and rewarding from the get-go, with the artist immediately connecting his lyrical narrative to the sound and vision for the whole release. The final result is melodic and unique, with Elevate bringing a unique cadence to the mix, in the vein of artists like Blackbear, only to mention one. The artist also aimed to match the original narrative and enrich it with his perspective. When it comes to lyrical storytelling: Elevate remembers thinking: “Let me absorb the story that he has and let me tell a short story in that. Like go along with his story, but I wanted to stay along with his story, but put my vibe into it and kind of my take on what he was saying in the song.“

The other featured artist, Andrew Narvaez, also found that this wasn’t a vibe that he would typically pursue.  Still, he loved the opportunity to lay down some slick vocals on something completely different than what you would find in his catalog. His verse is quite interesting because it combines the rap edge of the old-school scene with a more melodic approach, showcasing his versatility. He recalls approaching the song as a way to show off his skills and his legacy as an artist this way: “I wanted just to mix the things that I’ve learned, how to do over the last couple of years and kind of try to make something really cool out of it.”  When it comes to the lyrical content, Andrew remembers being inspired by some of his previous talks with .irg: “It was really cool to just be able to feed off of like a prior conversation I was having with him about personal things. In 15 minutes our conversation summed up pretty much everything I put into the verse”

As a result, the content has a more genuine flair, giving the audience deeper insights into both artists’ mindsets and giving them a taste of their organic musical chemistry.

Stay in touch with these artists below and stream “sweetie.” available on all streaming platforms!