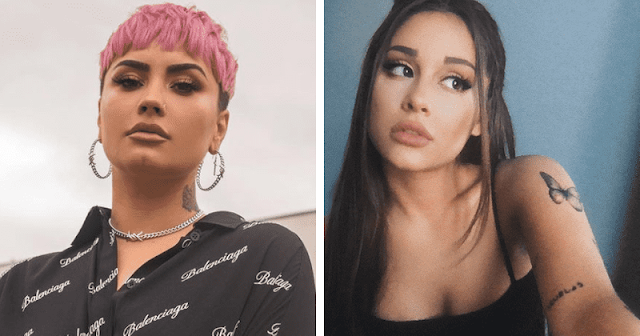 For all the Demi Lovato fans who currently have her latest album ‘Dancing With The Devil…The Art of Starting Over’ on repeat, there is some more exciting news. Her collaboration with Ariana Grande has dropped!

The pair, who also happens to be close friends, collaborated on the song. Apart from this, Grande is also the one who wrote the song. Like much of the music on the album, ‘Met Him Last Night’, is heavy on symbolism.

As reported by Pop Crush, Lovato shared the story behind her collaboration with Grande prior to the song’s release. “I played ‘Dancing With The Devil’ for her and she was really, really excited about that,” Lovato explained. “She came up with this concept for ‘Met Him Last Night’ and when she played it for me, I was like, ‘Oh my gosh, yes, absolutely, I’d love to do this.’ I was so excited to get to work with her. We had so much fun singing together,” she added.