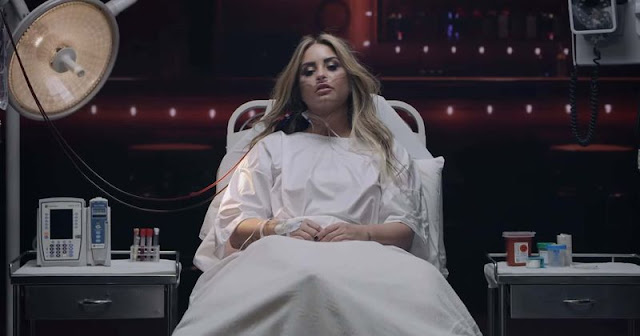 Earlier this week, Demi Lovato has unveiled her highly-anticipated seventh album, ‘Dancing with the Devil… the Art of Starting Over’. Just off the back of its release, she’s just dropped the official music video for the album’s title track ‘Dancing With The Devil’.

Lovato’s new LP features collaborations with Ariana Grande, Saweetie, and Noah Cyrus chronicles her recovery from her 2018 overdose and her continuing struggle with addiction and mental health. According to the 28-year-old star, the project is a “non-official soundtrack” to her confessional YouTube documentary, which is titled ‘Dancing with the Devil’.

The album features a generous total of 19 songs and opens with the emotive ballad ‘Anyone’, which Lovato performed at the 2020 Grammys, and includes a powerful cover of Tears for Fears’ ‘Mad World’. Lovato also shared that the double title of the album reflects its segmented nature. The opening tracks deal with the singer’s emotions during her overdose, while the closing songs reflect her recovery and future. Grande features on the whispery ‘Met Him Last Night’, and Saweetie on ‘My Girlfriends are My Boyfriend’.