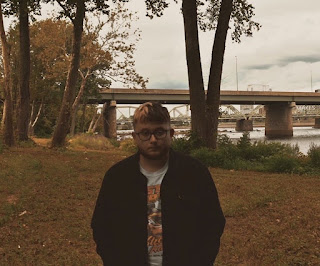 Our artist of the day is probably the best discovery of the whole week, and more. He creates an unreal musical and artistic world: his name is Youngdaville, and he incarnates everything that we admire in his new album: “AUTOBIOGRAPHY”.

“AUTOBIOGRAPHY” is the right album to mark the world of music, and from the first track of the same name, we already knew that we were listening to something different. Youngdaville unveils a unique and futuristic signature between trap and touches of pop, between flawless production and his particular flow and vocals.

The 12-track album shows off Young’s multi-faceted talents. Sounds on the song range from upbeat and energetic to smooth and mild, from pleasant-sounding harmonics to ’80s disco. The variety of songs and sounds on this album makes it easy for everyone to vibe well with it.

The concept behind the tracks in the album is the brainchild of Young’s experiences as he grew up and it deals with coping up with fear, anxiety, and depression and the songs really helped him and he wants to spread the word and help others through his music.
Stream it now: