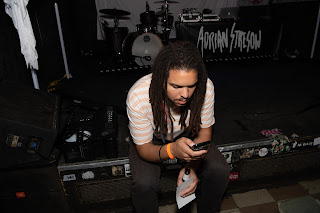 Born in Japan and raised in various parts of the USA, Ollie Joseph’s global background influences his versatile sound and captivating persona. With an evocative style that pairs rich, emotive production with sharply crafted, meaningful lyricism, Joseph has built a highly dedicated fanbase at a fast rate.

Beginning in 2016, his independent rise in the music scene has been riveting, as he released over 80 songs that racked up over 20 million streams across platforms. His prolific output, dedicated fan engagement, and exciting, dynamic sound led to live performance opportunities such as opening for Rae Sremmund at PRIME Music Festival and headlining a sold out show in Lansing, MI.

For his latest project, Joseph is following up on the success of his December 2020 EP Hot Streak with an offering dedicated to his fans that showcases his range as a hip-hop artist, delivering everything from adrenaline-pumping bangers to introspective ballads. From “Hot Like The Sun” to “Therapy Session”, Hot Streak 2 is a project filled with passion and hunger that finds Joseph unafraid to express himself authentically.