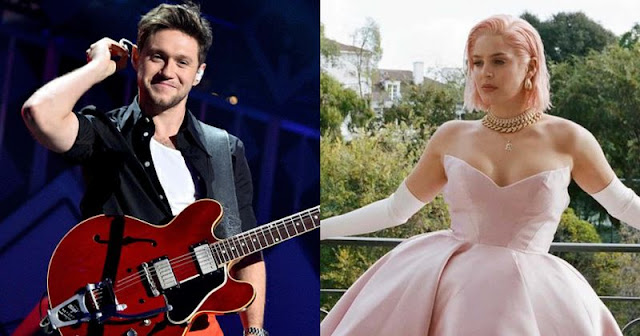 Niall Horan and Anne Marie’s collab is finally happening as the Irish pop singer took to Twitter to share a picture of the two captioned ‘It’s happening’. That was enough to make the Niall fans go absolute bonkers. Previously, Anne Marie stated in an interview that the duo has written as many as three songs together. Fans are fairly excited to see what is in store for them next.

Anne Marie had been teasing fans since last year giving updates on the collaboration with Niall in various interviews. Speaking of the process of how it all started, Marie said in an interview with Capital FM, “We have been speaking and we were like let’s just get in, let’s just see what happens. And he was so good, he was so talented!” She quickly added, “We wrote I think three songs together.”

When Niall drops a sneak peek of future music collab, possibly a music video coming, the Internet will definitely get flooded with a sea of anticipatory and speculative posts about the ‘Heartbreak Weather’ crooner’s duet with ‘Do It Right’ singer. Speaking of the cover, how it is Marie who is in the driver’s seat, Niall’s fans commented, “The fact that it’s anne-marie who’s driving, we stan girl power!”. Another added, “I mean it’s just great to see that it’s a women driving because it’s normal but it’s still underrepresented!” An excited fan shared, “THE CAR THE OUTFIT THE COLLAB THE TWEET THE AHHHHHHHHHHH!”