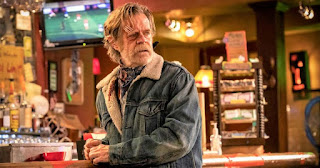 ‘Shameless’ has undoubtedly been one of the biggest shows on television in recent times. From amazing storylines to engaging characters, the show has been treating the fans with some of the finest TV moments over the years. However, the show is now inching closer to its conclusion.The South Side’s favorite clan is set to go out with a bang and it is going to be a wild last ride. But, it is yet to be seen if all the members of the Gallagher family will make it to the finish line or not. The ardent fans of the show are particularly worried about one character and it is none other than Frank Gallagher (William H. Macy).The entire season 11 has not turned out to be like he would have wanted to. A lot of unfortunate events took place in his life which made us believe that he might be walking toward his end. However, it is his recent diagnosis that has scared the hell out of everyone.

Bonni3 is making big moves as an artist and entrepreneur

FOCUS OF THE DAY : THE KIDSAX WITH HIS NEW SINGLE “NEED YOU NOW”